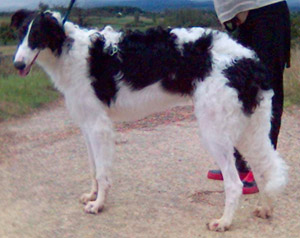 Our first Barsoi male came to us on 29th May 2004 from the breeding of Kuskaya. He was one of seven puppies from Barzaia Kuskaya and Baikal des Steppes Glacees. In total the litter had three bitches four males. We picked the wildest and craziest one: Kuskaya's Don Delayo. When we bought our own house in the summer of 2005, we had space for another Borzoi. The question was whether it should be a young dog or a slightly more mature personality. Since Don Delayo, who in the meantime had been called' Yuriy' for a long time, still had a - let's say - rather hot temperament (he couldn't be alone) we decided for the second variation and thus for the breeding bitch a. D.' Calima from the tsarist empire.

The decision should prove to be a happy one, because Calima did Yuriy very well and from now on it was possible to leave the house for a long time without fear of returning to ruin. 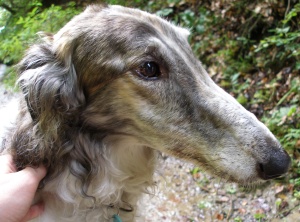 At the age of two and a half years we finally went to the racetrack. Racing and hunting, that's what a borzoi likes to do best and the racetrack or coursing course is the right place for this purpose. A new dog can't participate in races so easily, first he has to make a license and for this he has to participate in a race. It's not just about showing a good performance, but to behave gently with other dogs. When he got the license, he didn't have to wait long until he could win the first races.

Last year, Yuriy was already injured while he was playing and at the last race in Aarau the other paw or toe got broken. The joint capsule was overstretched and the toe twisted. Nevertheless, he came in second. From this point on, however, it was the end, no matter how much we would like to let him race, but his health comes first.

Yesterday, November 15th, 2008, our newcomer Kelkorov's Amazing Yen came to us. He was born on October 10, 2006 in the USA and came to Switzerland for further breeding. He is a rather tall male dog, who obviously thinks he is a lapdog. Despite his impressive dentition, he is very nice and cuddly to all of us here. But he is not used to cats and we have to be careful that there are no misunderstandings. In any case, Yuriy, Calima and Yen get along very well and our boys have already taken him to heart. He is stroked like the others and stuffed with dog biscuits. 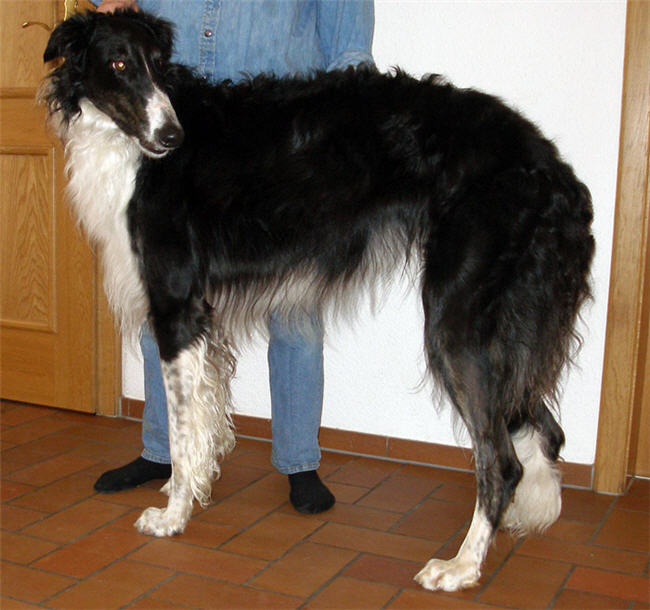